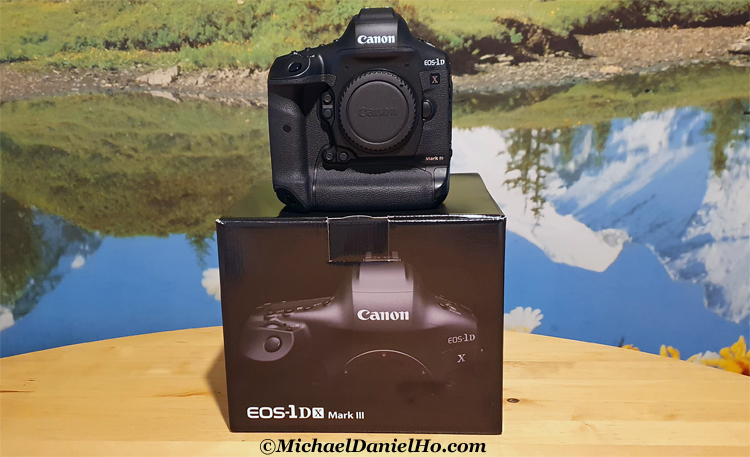 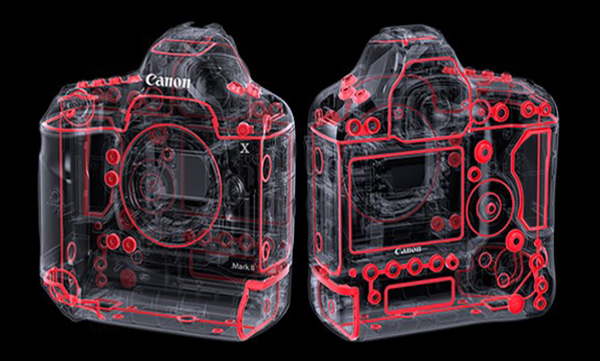 Canon calls the new AF-ON button, the AF Smart Controller. Sensors are built into the camera's two AF-ON buttons. Move your finger over the buttons, and they work similar to a touchpad. One can control the AF point placement in both the optical viewfinder and Live View. However, I find the multi controller button work much better and more precise when moving the AF points around. 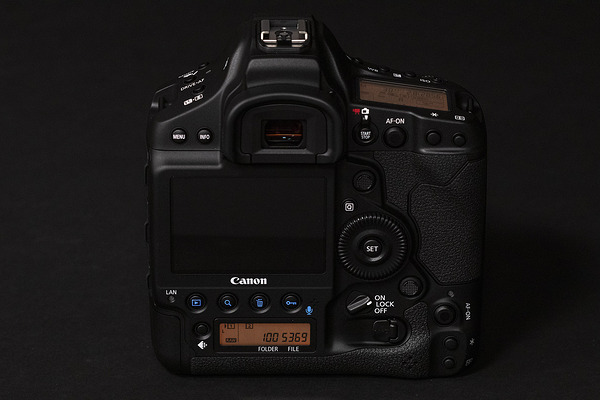 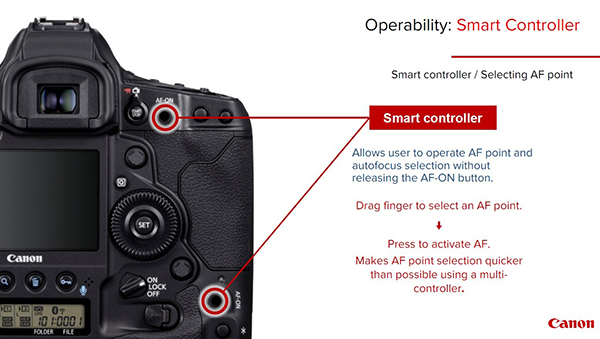 When combined with Canon Super Telephoto and L-series EF lenses, the camera/lens package is sealed and weather resistant. The Magnesium alloy body shell stands up to heavy-duty professional use and sometimes, the unavoidable accidents like dropping it on hard ground.

The charger (LC-E19) and battery (LP-E19) are the same as the Mark II. The LP-E4 and LP-E4N batteries of the older EOS-1 cameras and the LP-E19 are forward and backward compatible but older chargers cannot charge the new battery. After using so many Canon camera models, I am not enamored of technical and marketing hype. Over the next few months, I will be taking the EOS-1D X Mark III on more grueling global photo shoots to test the new body.

There are a number of features I want to give especially vigorous field tests on :

After I perform more real world tests on this camera, additional comments will be added to this review. As you know, the current coronavirus pandemic has severely curtailed airline travels around the world. It is not easy to get to far flung places around the globe for wildlife photography. I am traveling around California photographing wildlife when I can. In the meantime, you can see my equipment bag and works on MichaelDanielHo.com.

Here is my first impression after testing the camera on one real world, wildlife photo trip. The EOS-1D X Mark III's feel and ergonomics are practically the same as the original EOS-1D X. The camera performs almost exactly as advertised, the image quality is excellent and AF is lighting fast, even under challenging conditions. However, I have to wait and see how well the new camera holds up to its professional grade designation over time. My previous EOS-1D X died on me in 2016 while on an Alaskan photo shoot due to a burned out circuit board. It had a shot count of less than 300,000 and the Mark II model had moisture seeped into the camera after a light rain session in 2018 and the body was out of action for one day until it dried out.

The Mark III comes with 191 individually selectable AF points, 155 of them are cross-type sensors, compared to the Mark II's 41 AF cross-types points. Placing an AF point on a desired spot is easier and more accurate under a wide range of situations. 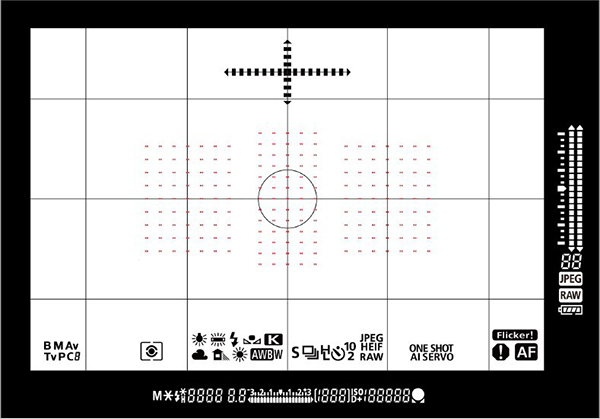 The Canon EOS-1D X Mark III offers full AF tracking and metering capabilities with every shot. Up to about 20 fps with Live View and 16 fps and 1000 RAW files with the viewfinder. This is a powerful marketing claim but my readers know I am not impressed with ever increasing burst rates. For handheld shots, I rarely use speeds faster than 12 fps and with the tripod, perhaps up to 14 fps. The reason is the faster the speed, the more vibrations there are to the camera.

The Mark III's 20MP image sensor's resolution is similar to the Mark II but the new camera's sensor has a completely new design and achieves the best combination of ISO performance and dynamic range with an improvement of about 1 stop. Images shot with ISO 3200 to 6400 appear to be slightly less noisy.

The illuminated AF points started with the EOS-1Ds Mark III and EOS-1D Mark III cameras but they only light up briefly at the start of AF and flashes again when in focus. By contrast, the EOS-1D Mark IV has one single AF point illuminated all the time. The illuminated AF points make it easier to see them in a wide range of lighting conditions. When I am shooting in very bright light, I set the points at their brightest, in the AF menu, under the AF Point Brightness setting.

I prefer the illuminated AF points on the Mark II. The new camera's AF points are not as bright and smaller. The new AF system locks on a bit faster, especially under poor lighting conditions, thanks to the Dual Pixel CMOS technology and the higher AF sensitivity of EV -4, versus the EV -3 rating of the EOS-1D X Mark II.

The 155 selectable AF cross-type points at f/8 is also a winner. This a first in any EOS-1 series body. Depending on speed of the lens used, the EOS-1D X Mark III offers the ability to focus at f/8 on all 155 AF points. This means I can put the 2.0X extender on the EF 400mm f/4 DO IS II lens (my favorite handholdable Super Telephoto) and still have access to all AF points, including the 21 cross-type points, and getting both horizontal and vertical focusing. The 155 AF point feature is only available with the Series III extender.

The Mark III's dedicated metering processor is now powered by a DIGIC 8 processor, instead of a DIGIC 6 on the Mark II. The pixel count has increased to 400,000 from 360,000. The DIGIC X processor, metering processor and improved AF algorithm should provide faster subject detection and tracking. The Mark III's Deep Learning software can be 'taught' to enable the AF system to accommodate different settings for different subject types. The new EOS iTR AF system can switch between both Face and Head if a subject becomes unidentifiable due to backlighting or if the subject turns away.

Unlike the Mark II version, the Mark III features four instead of six AF Case study settings to help users customize their preferences and shooting conditions. These case studies provide different setups for the three different AF preference settings of Tracking Sensitivity, Acceleration/Deceleration tracking and AF Point Auto Switching. I use Case 2 but don't really see much difference among the different cases for the kind of photography I do.

The new body's native ISO range is 100-102400, an increase from 100-51200 of the Mark II and adds 1 stop in the expanded sensitivity range, to a maximum ISO 819200 from 409600. The built-in A/D converter on the new camera is supposed to help in high ISO noise reduction. I am not a 'charts and graphs' kind of photographer but so far I find it a case of slight difference without a major distinction. For photographing moving wildlife in dim light, I rarely go over ISO 3200 anyway.

The high burst rate on my camera is set @ 14 fps, medium @ 10 fps and low @ 5 fps depending on the type of wildlife I am photographing.

My readers know me as the Wildlife Ho-tographer. I rarely take any videos with my Canon camera. Like the Mark II, switching to video mode requires the camera to be in Live View and is accomplished by turning the lever switch to the right of the viewfinder. Recordings are started and stopped by pressing the Start/Stop button. 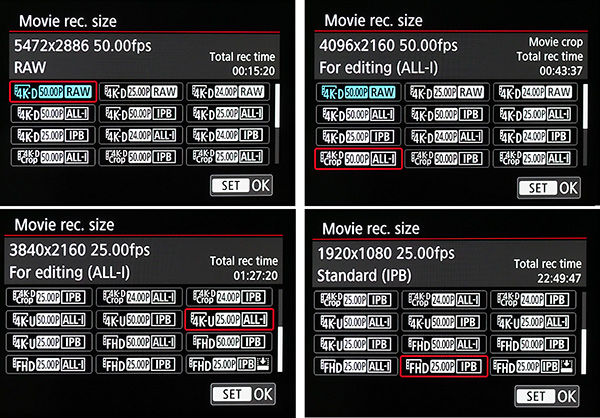 5.5K videos can be recorded in RAW on the CFexpress card. The above image shows the frame sizes available for videographers. Both card slots on the EOS-1D X Mark III use Type B memory cards. When RAW recording is in progress, only one CFexpress card can have files written to it. 4K MP4 video with Canon Log will be recorded on the other card.

Found moderate increase in the shot counts with the new battery. All operations, like Auto Focusing and Image Stabilization, are powered by the LP-E19 battery. Continual Live View focusing and Image Stabilizing deplete the battery faster. Large Telephoto lenses draw more power and it is crucial to have plenty of spares when out on photo shoots. Set the IS Mode on the lens to 3 and minimize battery drain because Image Stabilization only activates moments before the shutter release button is fully depressed.

When I go on location to very cold places like the high Arctic and Hudson Bay, the maximum burst rate of the camera will decrease. Under severely low temperatures, the battery will not be able to provide the maximum power. The burst rate can drop to as low as 10fps. Make sure you have plenty of spare batteries stored in an insulated and 'warm' place for immediate replacement.

The built-in GPS receiver on the EOS-1D X Mark III records the GPS coordinates directly into the EXIF data of each image. The GPS info displays a 2D or 3D notification next to the Satellite Reception setting. 3D indicates elevation data in addition to Latitude and Longitude. If the satellite signals are obstructed in any way, you may see only 2D GPS information.

I have no use for the built-in GPS in the EOS-1D X Mark III. Much prefer to have a built-in flash instead. Wish Canon will get over the notion that professional cameras do not come with flash. The convenience and quick access to an additional light source will greatly enhance my wildlife photography needs and I believe many other photographers as well.

For those who want to know more about EOS-1D X Mark III's new features, download the User Manual, White Paper and Video White Paper to peruse them at your leisure. Keep checking back on this page to see my latest trip comments and photos from this new camera.